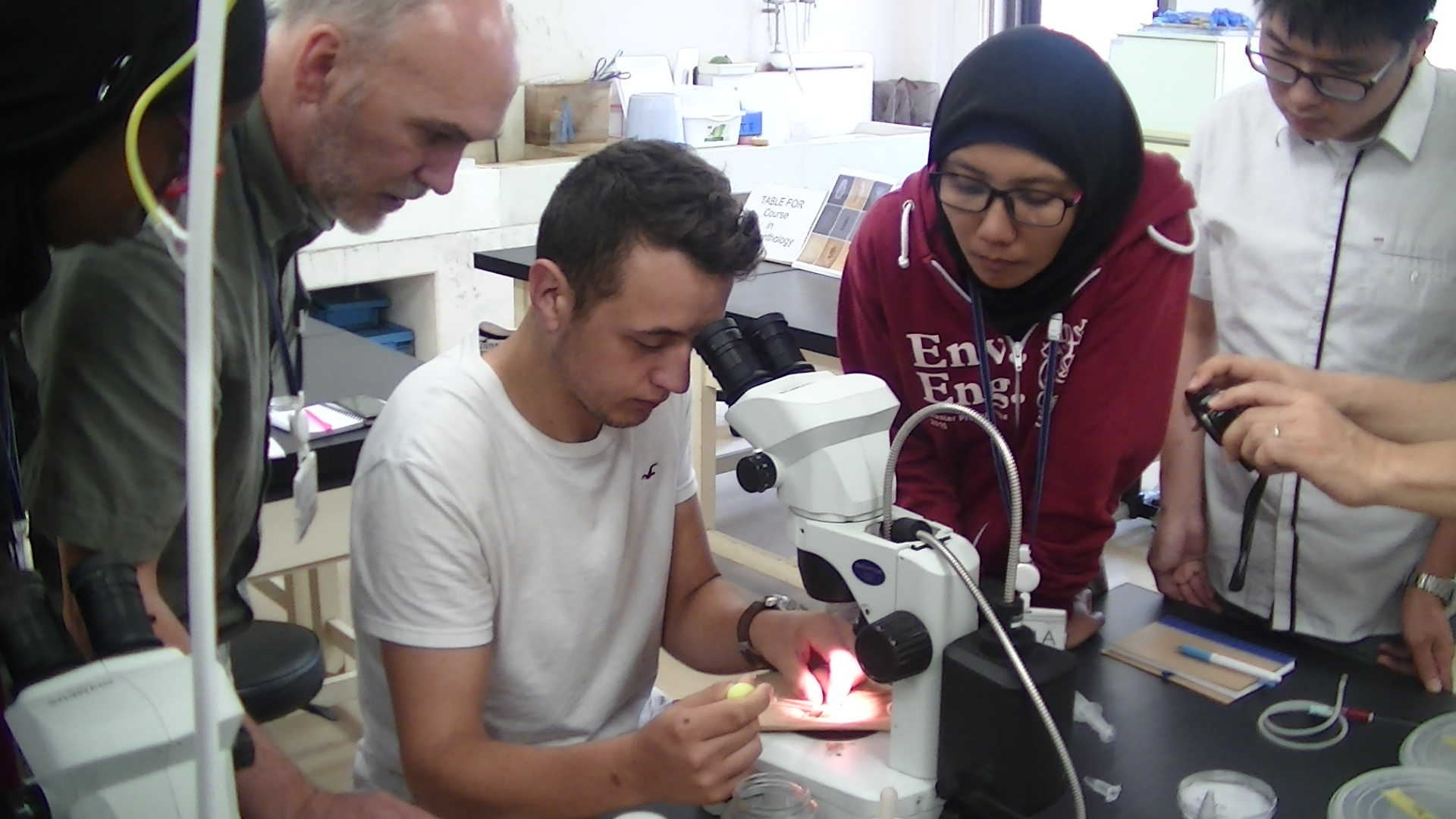 Dissection of ascidian (Ascidiella aspersa) and collection of the eggs and sperms
In the excursion, participants and lecturers visited “Hirosaki castle” and “Hirosaki apple park” and learned the traditional Japanese culture as well as agriculture of apple, of which Aomori prefecture is the largest producer in Japan.  In Asamushi, which is a spot of scenic beauty and commands a view of Mutsu-bay, participants enthusiastically worked on the courses and enjoyed cultural exchanges among their countries. 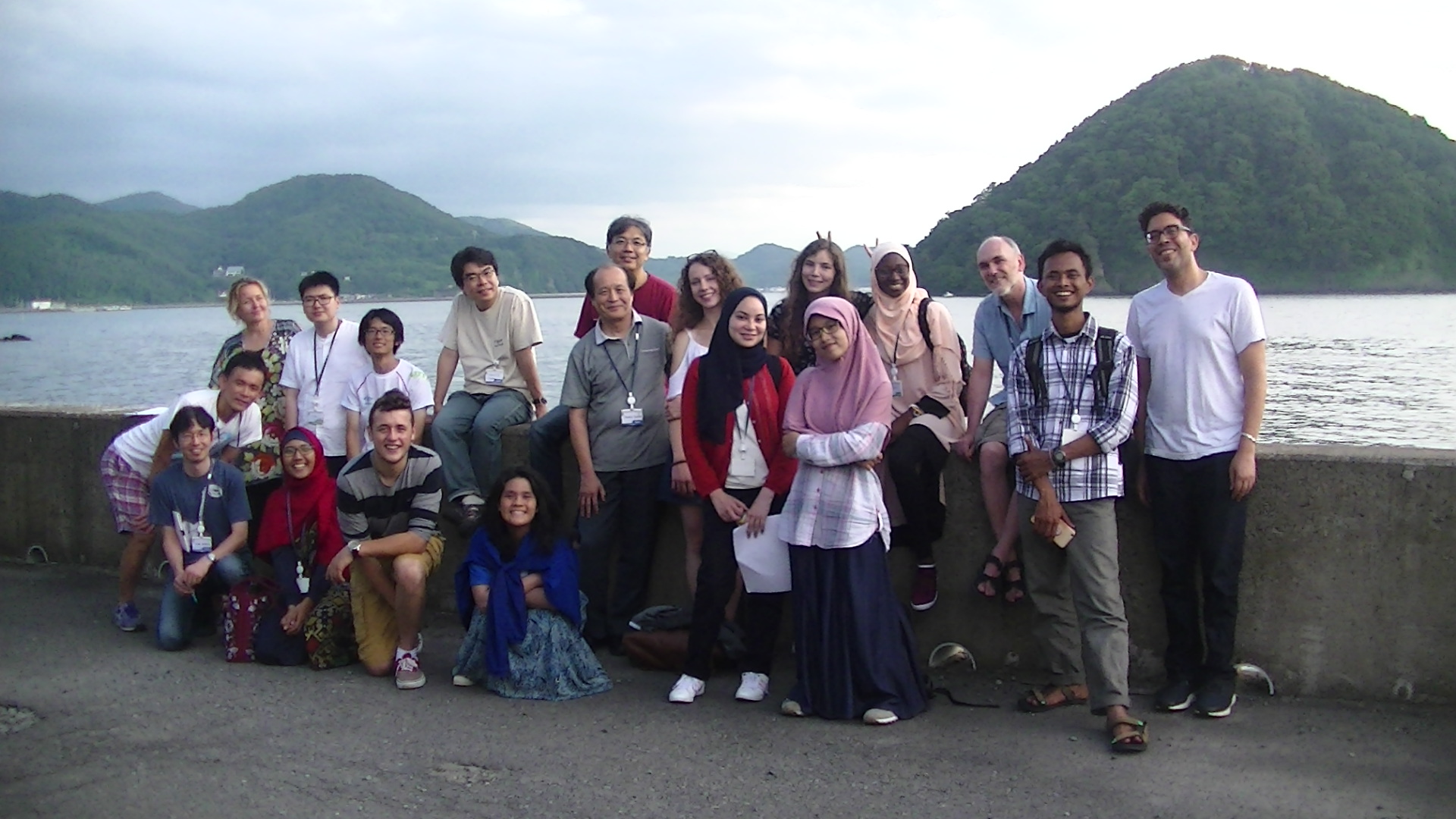