Plants have evolved various unique mechanisms for adapting to their surroundings, because of their sessile nature. One of these strategies is tropism by which plant organs regulate directional growth in response to external stimuli such as gravity, water, light, and touch. In particular, we are trying to understand the molecular mechanisms of gravity-influenced phenomena, gravitropism, and hydrotropism, and their relationships to other developmental aspects in plants. We use the microgravity environment in space as a tool for experiments to verify hypotheses on the gravity-involved mechanisms of plant growth and development. The results to be obtained from these studies will provide not only biological knowledge but also a basis for maintaining and/or developing sustainable life-support systems on Earth and in space.

Gravitational and space biology of plants:
Cucumber (Cucumis sativus L.) plants develop a peg to remove the seed coat at the early stage of seedling growth. It is formed on the lower side of the transition zone between the hypocotyl and root when the seedling is oriented in a horizontal position. Our spaceflight experiments demonstrated that unilateral placement of the peg occurred due to a suppression of peg formation on the upper side of the transition zone. The suppression was caused by a decrease of endogenous auxin (plant hormone) on the upper transition zone following gravisensing. We recently clarified that re-localization of CsPIN1 depends on gravity and results in the decrease of auxin on the upper side, by comparing under microgravity and 1g centrifugation conditions in the KIBO experimental module of the International Space Station (ISS).

Elongating organs of plants show a helical growth movement known as circumnutation. This movement helps plant organs find suitable environmental cues. Our studies suggested that circumnutation was tightly related with gravitropic response in morning glory, rice, peas, and Arabidopsis plants. We are currently investigating the molecular mechanisms of circumnutation and did spaceflight experiments on the ISS for verifying the graviresponse-dependent circumnutational movement.

Plant survival and productivity depend on the capacity of roots to acquire water and nutrients from the soil. Roots show positive hydrotropism in response to moisture gradients, which is believed to contribute to plant water acquisition. However, gravitropism interferes with hydrotropism in some plant species such as cucumber and peas. Our spaceflight experiments showed that cucumber roots were able to display remarkable hydrotropic response in microgravity. In further experiments on the ISS, we successfully differentiated hydrotropism from gravitropism in cucumber roots and found that a change in the localization of the CsPIN5 protein due to moisture gradients was responsible for auxin redistribution and thereby induction of hydrotropic response.

Molecular and genetic studies on hydrotropism in roots:
We have identified MIZU-KUSSEI1 (MIZ1) and MIZ2 as essential genes for hydrotropism in Arabidopsis roots; the former encodes a protein of unknown molecular function, and the latter encodes an ARF-GEF (GNOM) involved in vesicle trafficking. Because both mutants are defective in hydrotropism but not in gravitropism, these mutations might affect a molecular mechanism unique to hydrotropism. Light and ABA independently regulate MIZ1 expression, which influences the ultimate hydrotropic response. In addition, MIZ1 overexpression results in an enhancement of hydrotropism. Furthermore, we demonstrated that hydrotropism plays an important role in root system development in soil and contributes to drought avoidance, which results in a greater yield and plant survival under water-limited conditions. These results imply that MIZ1 overexpression can be used for improving plant productivity in arid areas. Recently, we clarified MIZ1 acts specifically in elongation zone cortical cells. In addition, we reveled that both sensing moisture gradients and hydrotropic bending occur in the transition and elongation zones, which is distinct to those of gravitropism, by cellular destruction using laser-ablation systems with microscopy. We are currently pursuing these studies to identify the molecular functions of MIZ1 and MIZ2 proteins, as well as to reveal novel regulatory mechanisms in root hydrotropism.

Sex expression of flowers in cucurbits:
Sex expression in cucumber (Cucumis sativus L.) plants is genetically controlled by the F and M genes. Similarly, it is controlled by the A and G genes in melon plants (Cucumis melo L.). These genes interact to produce four different sex phenotypes: gynoecious (M-F-) (A-gg), monoecious (M-ff) (A-G-), hermaphroditic (mmF-) (aagg), and andromonoecious (mmff) (aaG-). The gynoecious type produces only female flowers, whereas the monoecious type produces both male and female flowers on the same plant. The hermaphroditic type produces bisexual flowers with both staminate and pistillate organs, while the andromonoecious type produces bisexual and male flowers on the same plant. Sex expression in both cucumber and melon plants is primarily controlled by the plant hormone ethylene. Thus, the mechanism of sex expression might be similar or even identical in cucumber and melon plants. Recently, the F and M genes were shown to encode ACC synthase, which catalyzes the production of the ethylene precursor 1-aminocyclopropane-1-carboxylic acid (ACC) from S-adenosyl methionine (SAM). Based on the proposed model, we are now attempting to understand the regulatory mechanisms of sex expression that are developmentally or environmentally altered. 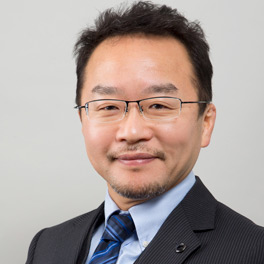 Studying the molecular mechanisms for gravisensing and gravimorphogenesis in plants