In search of the glial correlates of consciousness.

Every scientific endeavor begins with observation. However, observation alone can only lead to a realization of correlation. Experimentation is required to understand the observed causal relationships. The brain is a complex multicellular organ. The human "mind" is likely created by communication between brain cells. This notion is derived from studies of correlation between cell activity and animal behavior. Recently, tools were developed that give scientists specific control of cell activity. For example, light-sensitive proteins found in microorganisms, such as channelrhodopsin-2 (ChR2), can now be genetically expressed in mammalian brain cells, which allows experimenters to optically control cell activity at will. We succeeded in generating a cohort of transgenic mice with consistent expression of a highly light-sensitive ChR2 protein.

In addition, manipulation of the activity of "non-excitable" glial cells in vivo has also become possible. Our experiments show that selective optogenetic stimulation of glia can lead to release of glutamate as a glio-transmitter, which induces synaptic plasticity and can accelerate cerebellar-modulated motor learning. This finding suggests that glia also participate in information processing in the brain, a function once thought to be solely mediated by neuronal activity. We are actively using these optogenetic tools to explore the causal relationship between brain activity and the functioning of the mind.

We specialize in electrophysiology and optogenetics.

Synaptic transmission occurs within a millisecond time frame and the synaptic contact is much less than a micrometer in spatial dimension. Current technology does not allow us to witness this event with sufficient time and space resolution. Electrophysiology allows fast sampling of electrical signals but synaptic events within a single synaptic contact cannot be readily resolved. Electron-microscope allows us to visualize the specimen with nano-meter resolution; however, it can only give a freeze frame view of the synaptic structure.

In our approach, we typically use acute brain slices from mice and rats to study the communication between cells in the brain. Whole cell patch clamp method is used to record the ultra-fast signal transmission between neurons. Precise arrangements of the postsynaptic receptors are studied in the nano-meter scale using electron microscopes. Transmitter diffusion within the synaptic cleft occurs too fast and too local to visualize with the current technology; thus, it is calculated with numerical simulations. All three approaches are integrated to overcome the technological limitation that we have.

I believe that the characteristics of the fine signal transmission between brain cells ultimately defines the performance of the information processing power that the brain possess. How subtle changes in the signal transmission characteristics propagates to the behavior of the whole complex network is what we want to ultimately understand. Optogenetics is a powerful tool to decipher this as it can directly connect the signal within a certain population of cells with the outcome behavior of the whole animal.

In addition to understanding the neuronal network with electrophysiology and optogenetics, we are also focusing on the role of glial cells as well. Glial cells appear to form a network of their own and loose bidirectional communication appears to occur between neurons and glial cells. This loosely couple dual network of neurons and glial cells probably underlies the complexity and plasticity of the brain information processing. We aim to study this network of networks; thus, we named our laboratory, "Super-Network Brain Physiology". 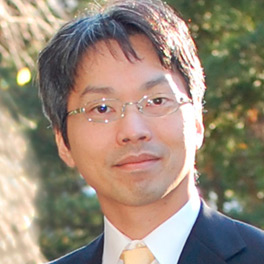 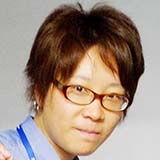