Tohoku University scientists have, for the first time, provided experimental evidence that cell stickiness helps them stay sorted within correct compartments during development. How tightly cells clump together, known as cell adhesion, appears to be enabled by a protein better known for its role in the immune system. The findings were detailed in the journal Nature Communications.
Scientists have long observed that not-yet-specialized cells move in a way that ensures that cell groups destined for a specific tissue stay together. In 1964, American biologist Malcolm Steinberg proposed that cells with similar adhesiveness move to come in contact with each other to minimize energy use, producing a thermodynamically stable structure. This is known as the differential adhesion hypothesis.
"Many other theoretical works have emphasized the importance of differences in cell-to-cell adhesion for separating cell populations and maintaining the boundaries between them, but this had not yet been demonstrated in living animal epithelial tissues," says Erina Kuranaga of Tohoku University's Laboratory for Histogenetic Dynamics, who led the investigations. "Our study showed, for the first time, that cell sorting is regulated by changes in adhesion."
Kuranaga and her team conducted experiments in fruit fly pupae, finding that a gene, called Toll-1, played a major role in this adhesion process.
As fruit flies develop from the immature larval stage into the mature adult, epithelial tissue-forming cells, called histoblasts, cluster together into several 'nests' in the abdomen. Each nest contains an anterior and a posterior compartment. Histoblasts are destined to replace larval cells to form the adult epidermis, the outermost layer that covers the flies. The cells in each compartment form discrete cell populations, so they need to stick together, with a distinct boundary forming between them. 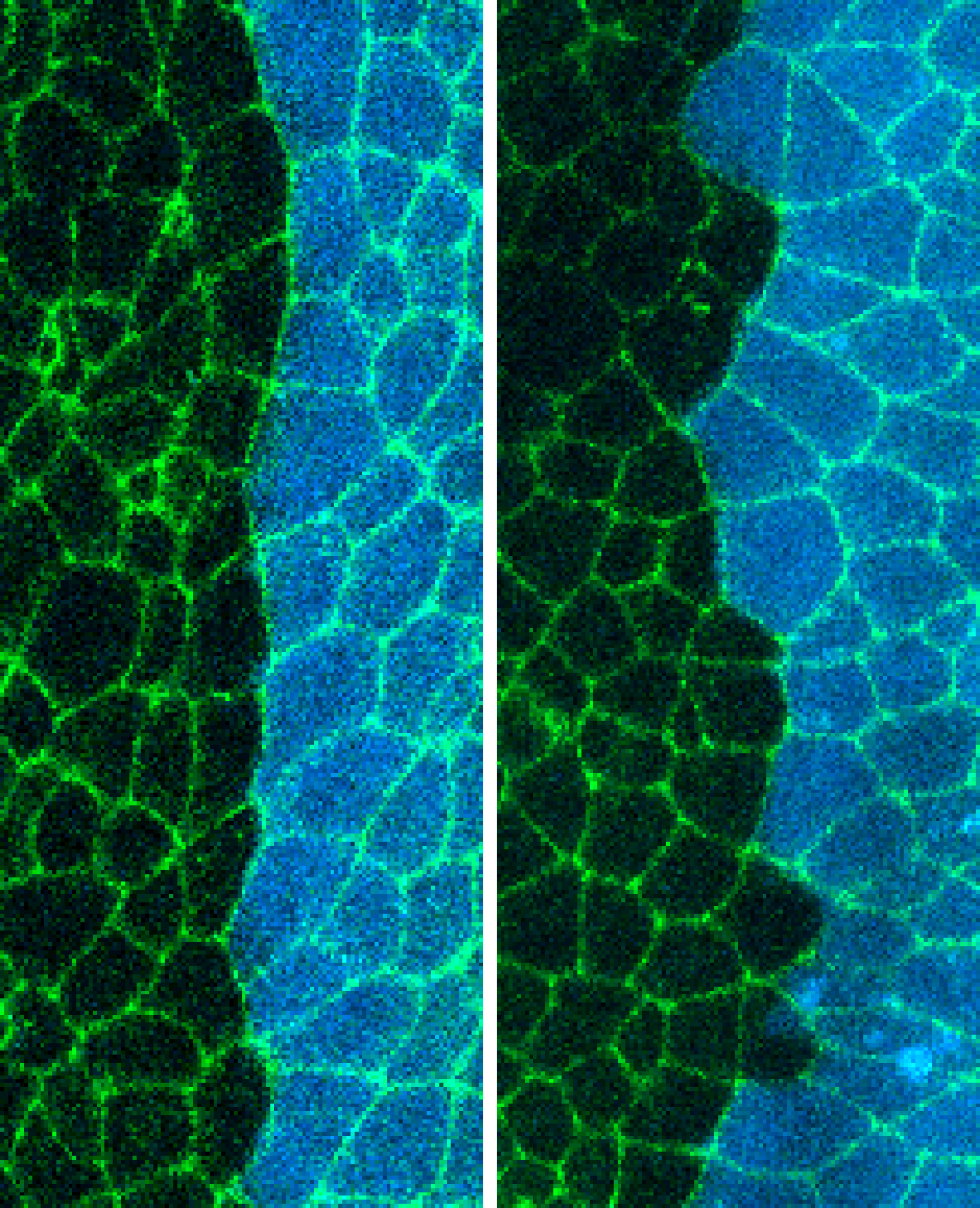