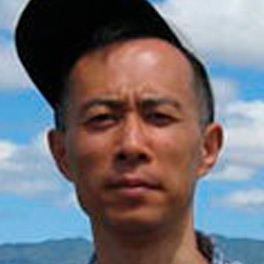 I was born in Imabari city, Ehime Prefecture. It is a towel-making and shipbuilding town located at the entrance on the Shikoku side of the Honshu-Shikoku Bridge, Imabari-Onomichi route. It might recently be most famous for Bary-san, the local mascot. I entered the Faculty of Agriculture at Tohoku University in 1984 and, after serving as an Assistant Professor, later lived in Sendai for 13 years. After seven years in Morioka, Iwate University, as an Associate Professor, I returned to Tohoku University, Sendai, as full Professor in April 2005, and am now entering my 10th year here. During this time conducting University research, I have consistently researched plant reproduction, particularly the identification, isolation, and interaction of the male and female S determinants regulating self-incompatibility (SI) in Brassica species, and have published papers in international scientific journals such as Nature and Science. From my studies in at Iwate University, I initiated global gene expression analysis, and gradually identified the specific genes of the plant reproductive organs. These specific genes should be important also in pollen-pistil interactions. As I understand the importance of collaborative research with different field laboratories, I have performed collaborative research with over 30 laboratories to date. I would like to continue to develop this research, and conduct new collaborative research as well.

In addition to dissecting SI, reproductive organ-specific genes, and pollen-pistil interactions, I would like to analyze small RNAs, quantitative trait loci (QTL), and large-scale genome analysis for understanding plant reproductive traits such as reproductive organ formation, pollen-pistil interaction, and pollen tube growth. In order to do these studies, I would like to engage in education and research from a broad perspective encompassing the research that should be done today, the research that will flower five years from now, and the research that looks likely to germinate ten years from now. Plant flowers not only have a calming effect on us, but also become seeds and fruit after pollination and are an important food supply.

I encourage those who would like to use flowers to bring forth the flowers and fruit of research; those who want to engage in world-class research; and those interested in plant flowers and reproduction, genetics, genomics, and epigenetics to visit our laboratory.

In higher plants, during pollen-stigma interactions, self and non-self-pollen recognition should occur on the stigma papilla cells. As a result of this reaction, self-pollen is rejected on the stigma and/or in the style, and non-self-pollen succeeds in fertilization. This phenomenon is called SI, and is an important mechanism for repressing inbreeding depression. Although this phenomenon has been known since before the time of Darwin, it became famous after Darwin published the results of a survey into the amazing abilities of plants in several publications. Through classical genetic analysis, SI recognition reaction was shown to be controlled by a single S locus, with multiple alleles (Watanabe et al., 2012).

SI in Brassica species is sporophytically controlled by a single locus, S, with multiple alleles (Watanabe et al., 2003). Through over 20 years research, we have discovered that the small peptide, SP11, was the male S determinant (SP11; Suzuki et al., 1999: Takayama et al., 2000; Watanabe et al., 2000) and the receptor kinase, SRK, was the female S determinant (SRK; Takasaki et al. 2000); that SP11-SRK interaction in an S-allele-specific manner induced auto-phosphorylation, and that the self-signal was transduced into the stigma (Takayama et al., 2001). Furthermore, we established SI in Arabidopsis thaliana by SP11 gene inversion (Tsuchimatsu, Suwabe et al. 2010).

In addition, we also have performed comprehensive analysis on reproductive organ specific genes in higher plants (Endo et al., 2004). We have conducted laser microdissection (LMD) to isolate pollen grains and tapetum cells and have developed gene expression profile according to stamen development stages (Watanabe, 2008; Suwabe et al., 2008). On the pistil side, we have conducted experiments combining LDM and next-generation sequencing to perform transcriptome analysis on papilla cells, which are important in pollen-stigma recognition (Osaka et al., 2013).

In future, through the integration of the expression profiles of pollen-, tapetum-, and papilla cell specific genes, new molecules involved in the pollen-stigma interaction should be identified and characterized. Recently, a time-lapse method for observing pollen behavior on the papilla cells was also established (Hiroi, Sone, et al., 2013). Furthermore, we are aiming to develop new research on important phenomena that follow SI even in pollen tube growth (Chhun et al., 2008). 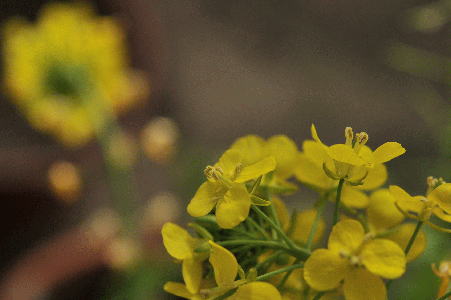 Although it is not my personal motto, one of my favorite phrases is, "Endure the humiliation of today for tomorrow," spoken by the Admiral Juzo Okita, the first captain of the Space Battleship Yamato. I believe human beings can persevere because no matter how difficult "today" is, the future that is "tomorrow" will come. I believe that I have been able to publish papers in international journals such as Nature and Science by establishing the goal of striving today to create the fantastic future of tomorrow and enduring the difficulties of everyday activities. Of course, my feelings of gratitude are unceasing towards the many supervisors who supported my education and research together, collaborative researchers, students, part-jobs, etc. Allow me to borrow this space and offer my sincere thanks to all of them. Thank you very much for your helpful kindness.

Recently I have performed over 500 outreach activities for students from elementary school to high school, and have written individual responses to over 18,000 letters I received from the students. Through this, I have provided education on the wonders of life than surround us every day and it is my hope to provide consistent education from elementary school up to graduate school. I am looking forward to being able to work once again with the students who attend my lectures. 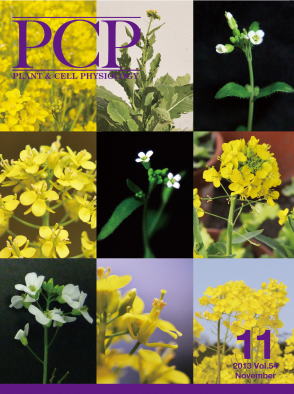