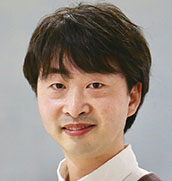 I am studying symbiotic relationships between unicellular organisms to understand principals in the symbiogenesis, which gave rise to chloroplasts and mitochondria, and the impact of those types of lifestyle on current ecosystems on Earth.

Often the evolution or diversification of life is likened to the shape of a tree. The branches from the trunk further branch, and basically, the branches never cross each other. But in the evolution of organisms, two completely different lineages may merge into one. Endosymbiotic evolution between two organisms at the cellular level, which eventually integrate them into a single organism, has given rise to mitochondria in present-day eukaryotes and chloroplasts in plant cells, and had a major impact on the diversity of organisms on Earth. In fact, this kind of symbiotic evolution is not rare but is occurring in the current natural environment. I am focusing on microbial systems that are considered to be in the middle of the evolution of cellular symbiosis and trying to elucidate how the integration of two different organisms proceeds and what kind of biological significance there is in the symbiosis, mainly using genome/transcriptome analysis.
Genome Evolution in Cellular Symbiosis
In the course of the evolution in the cellular symbiosis, the genomes of the two different organisms are thought to change dynamically influencing each other. I’m trying to unveil the principles of the genome evolution by analyses on the genomes of organisms from various stages of the symbiotic evolution.
Related Researches:
Understanding the role of cellular symbiotic relationships
Although many cases of microbial symbiosis have been reported, their ecological roles and biological significance are poorly understood. I am working with a variety of cellular symbiotic relationships, trying to understand the biological context that led them to the deep symbiotic relationships and the impact that the symbioses have on ecosystems.
Related Researches:

Microorganisms live all around us and play a role as an important component of ecosystems. You won't notice their presence in everyday life, and won't even be able to see it with your naked eyes. But when you look into it, there is full of fascinating phenomena and amazing diversity. Although those tiny organisms have been frequently referred to as "primitive", researches on them have potentials to answer fundamental questions in biology such as how living things came to be and a comprehensive understanding of biodiversity on Earth. I'm sure the researches on microorganisms fully meet your curiosity and interest in science.