Researchers have identified the gene expression regulation mechanisms that drive the metamorphosis of coral from larvae that float freely in the ocean to sedentary adult reef builder adults.
A study describing the researchers' findings appeared in the journal Zoological Letters on January 25, 2022.
The moment that corals metamorphose from free-swimming (planktonic) larvae to sedentary polyps is perhaps the momentous event in this animal's life, producing a radical and abrupt change in both body structure and behavior. When larvae encounter certain cues or stimuli from an underlying surface (substratum), they stop swimming and rest on the substratum on one end and take on a round shape. In the case of Acropora, these cues come from a buildup (biofilm) of algae. If the larvae receive sufficient stimuli from this substratum, they take the next step and undergo a radical and irreversible differentiation of cells, including a stable attachment to the substratum.
However, the molecular processes at the genetic and cellular level of this metamorphosis have long been something of a mystery.
Other researchers have in the past managed to identify a critical period of time when the cells of the coral genus of Acropora (whose more than 150 species include some of the main species responsible for the building of reefs) are committed to this transformation. From this point on, these corals are unable to revert back to their pre-metamorphosis state - what coral scientists call a "point of no return." But quite what happens during the point of no return at a deeper level has until now remained unknown.
To investigate further, the authors of the study analysed the changes in the transcriptome - the complete set of messenger RNA (mRNA) molecules produced (expressed) by an organism or cell - before and after the point of no return in an Acropora species. Messenger RNA molecules play the key role of copying ("transcribing") the genetic "recipe" encoded in DNA for making and taking it to the protein factories in the cell known as ribosomes. Analysis of the coral transcriptome at the moments before and after metamorphosis thus should tell scientists what the difference is in genetic recipes that are being activated ("gene expression") over this period.
The researchers collected samples from colonies of the species Acropora tenuis from Sesoko Island in Japan's Okinawa Prefecture. The corals were then kept in tank conditions designed to approximate their natural setting. Metamorphosis was induced using the application of a neuropeptide known to prompt this process and further samples intended for RNA extraction were taken at multiple different times before and after the point of no return. 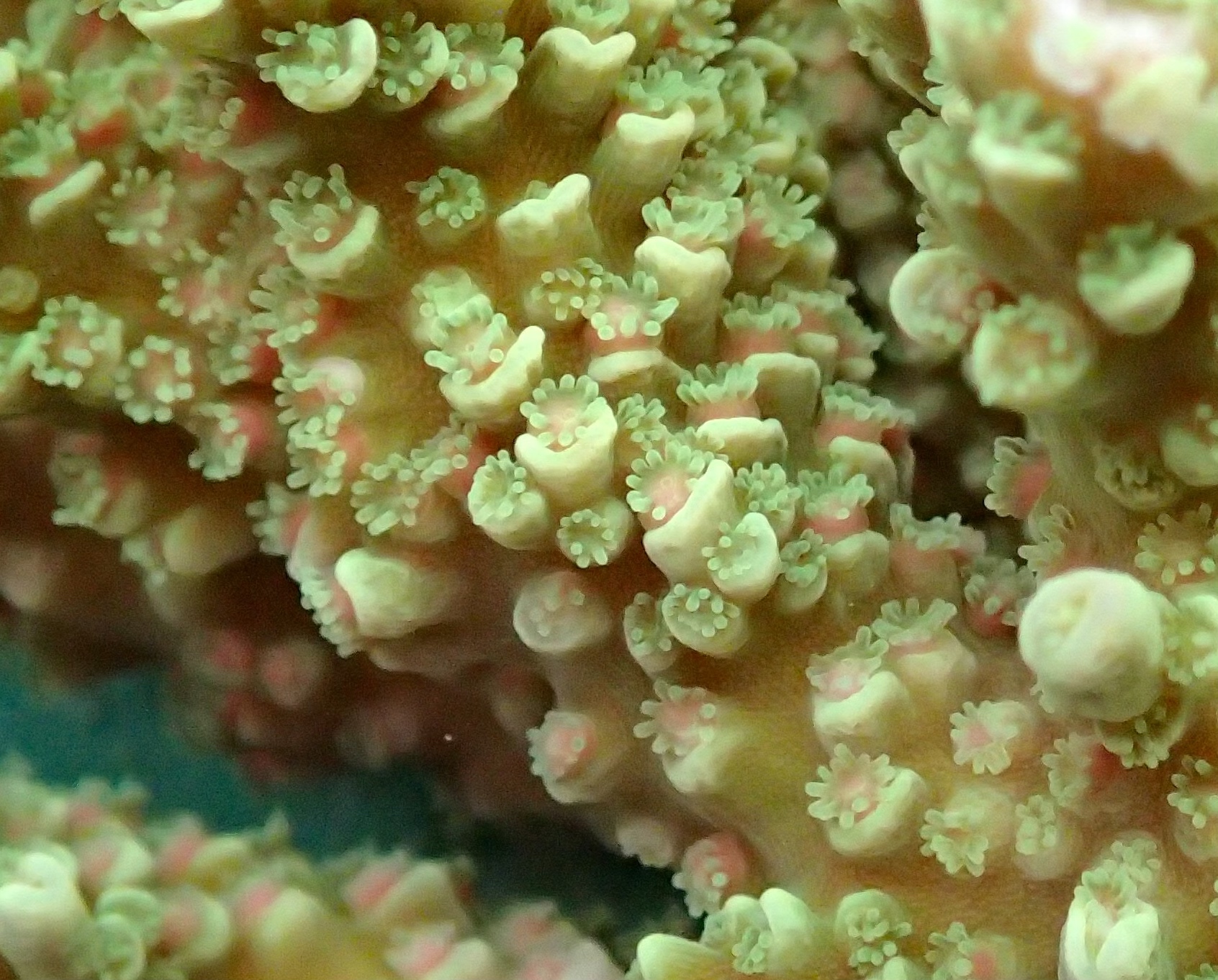 A model reef-building coral Acropora tenuis. © Hironori Ishii
The RNA was then sequenced, offering an analysis of gene expression changes at a fine time resolution that showed a series of molecular mechanisms that are likely involved in the irreversibility of metamorphosis.
The researchers found that alterations in signal perception occurs through a change in expression of a group of genes that regulate G-protein-couple receptors (GPCRs), in particular the GABA receptor proteins and "Frizzled" proteins, at the early stage of metamorphosis, as well as those driving the breakdown of certain proteins.
GPCRs are one of the largest groups of receptors on the surface of cells and act as a sort of mailbox, receiving messages from proteins, sugars, fats and other entities. These messages tell the cell something about their environment or pass on information from other cells, and activate other messenger molecules within the cell, directing some sort of response. Frizzled receptors play a key role in embryo development, while GABA receptors respond to the neurotransmitter GABA, a compound that works to inhibit particular activities and to prompt cells to differentiate (take different forms).
In this case, the receptor-mediated cellular response to stimuli involves cell differentiation and the breakdown of certain proteins that in combination result in drastic changes that make the metamorphosis process irreversible.
The researchers also suggest that the GABA receptors may play a role in the larvae's search for an appropriate substratum before metamorphosis, ensuring a proper environment for the adult form. This ability is lost as metamorphosis proceeds, as such searching is no longer needed. 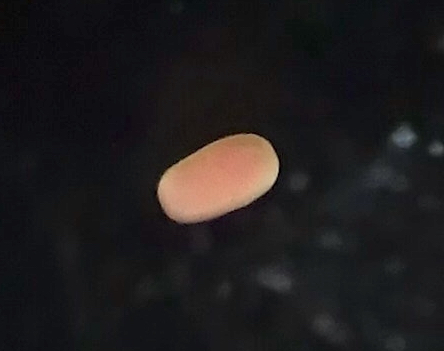 A planula larva of Acropora tenuis. © Masayuki Hatta
"An intriguing unexpected finding was gene expression of green fluorescence proteins after the point of no return," said Shinichiro Maruyama an evolutionary biologist at the Tohoku University Graduate School of Life Sciences and co-author of the study, "implying there is some sort of key physiological and ecological role of fluorescence going on at early developmental stages that is completely understudied, for example, studying the attraction of symbiotic algae."
Having identified the candidates for genes involved in metamorphosis, the scientists want to see whether modification of these same genes can alter the point of no return. In addition, they stress that their findings are limited to corals in a controlled laboratory setting, and want to explore how things change in a real-world setting.
Pubulication Details:
Yuu Ishii, Masayuki Hatta, Ryusaku Deguchi, Masakado Kawata, Shinichiro Maruyama (2022）Gene expression alterations from reversible to irreversible stages during coral metamorphosis. Zoological Letters, 8, Article number: 4
DOI: 10.1186/s40851-022-00187-1
Contact:
Shinichiro Maruyama
Graduate School of Life Sciences, Tohoku University
Email: maruyama(at)tohoku.ac.jp
Website: https://www.lifesci.tohoku.ac.jp/research/teacher/detail.html?id=33636
Link
Tohoku University